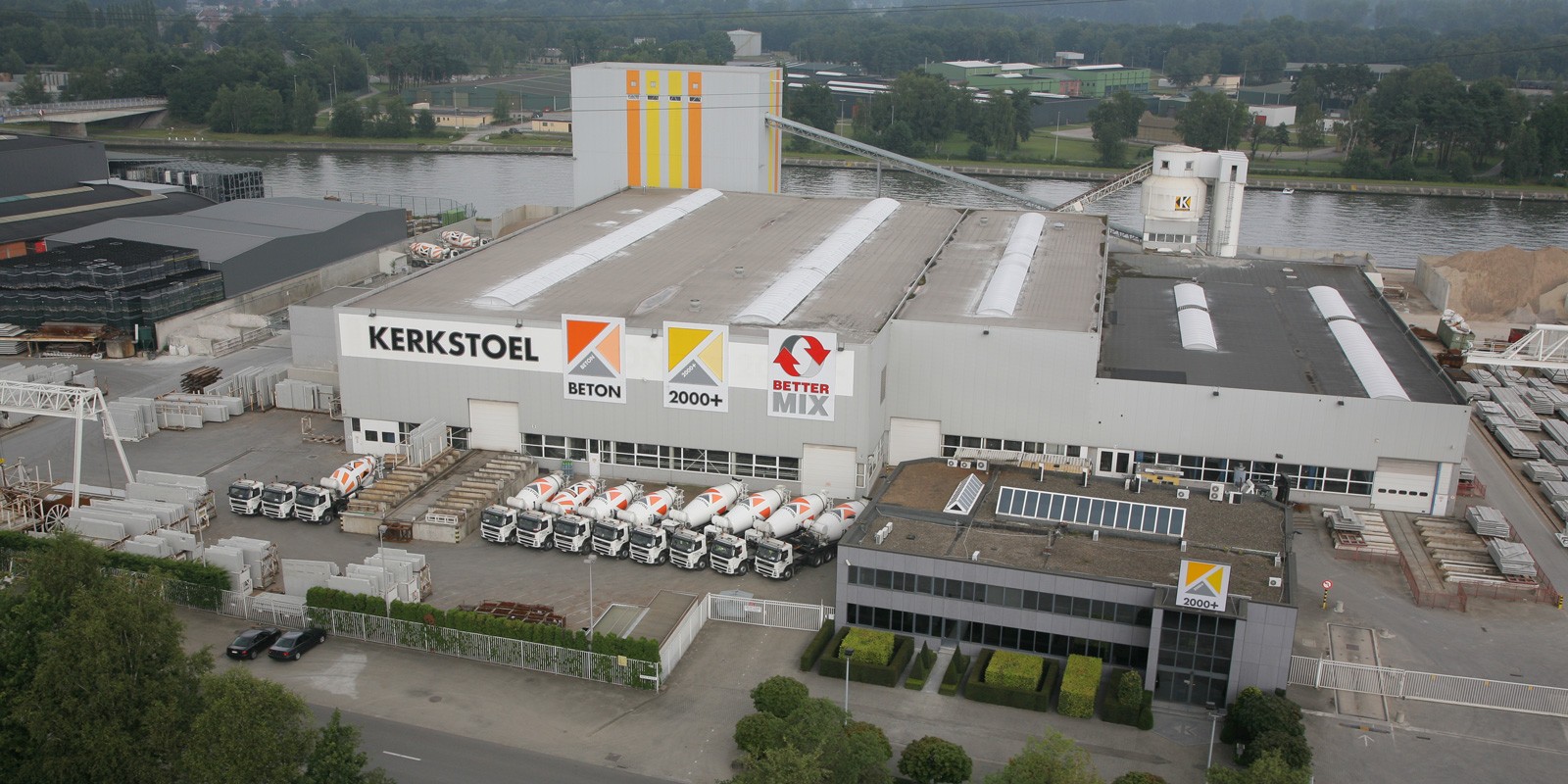 Kerkstoel 2000+ is part of the Kerkstoel Group based in Grobbendonk, Belgium, east of Antwerp. The nucleus of the company is a construction company founded 100 years ago with a building material trade. Today we mainly produce double walls, thermal walls, wide slabs and active slabs with concrete floor core activation. Our more than 100 employees are supported by three fully automatic computer-controlled production lines. Our most important projects include the Ericsson headquarters in Zaventem, the Eurostation II central train station in Brussels and the judicial building in Antwerp.

Leonard Kerkstoel founded a construction materials business in Heist-op-den-Berg in 1902. Around 30 years later, Florent Kerkstoel took over his father's continuously growing business. In 1965 the company moved to Grobbendonk, where one of the first concrete plants in Belgium for ready-mixed concrete and concrete blocks was built. At the end of the 1960s, the production of floor panels was added. In addition, the company increasingly invested in the area of quality assurance, so that Kerkstoel received various certifications, for example according to ISO 9001, in the 1980s and 1990s. In 1989 one of the world's first automatic production systems for wide slabs went into operation, followed around 10 years later by the entry into double wall production.

At the beginning of the 1990s, the Kerkstoel Group split into two divisions: Kerkstoel 2000+ specializes in prefabricated floor slabs and cavity walls, while Kerkstoel Beton mainly produces ready-mixed concrete and masonry mortar.

Built on experience, driven by innovation ...

In 2018, Kerkstoel 2000+ decided to set up another precast concrete production line for solid and double walls. The plant has been in operation since the end of 2019, on which concrete elements are manufactured according to individual customer requirements and special components, but also serial production for large projects is possible.

We have been in family hands for three generations, we have been producing precast concrete parts for around 60 years, we have a large and flexible range of products, and we are constantly investing in our company. This is the secret of our success.

With regard to employees, quality assurance is also a top priority at Kerkstoel. For example, in 2006 Kerkstoel 2000+ received the “OHSAS 18001” (OHSAS: “Occupational Health and Safety Assessment Series”) certificate, which defines an internationally recognized standard for safety management.

We are specialists in